The participants will be given a list comprising of components which includes elementary sensors and modules required to plan an IoT enabled smart city. The participants will be given a specific duration to develop a charted out version of the smart city. The types of sensors provided are limited, but there is no constraint on the quantity of the sensors provided

1. Creativity of applying your knowledge of sensors and instrumentation to boost the functional efficiency of smart cities.

2. Proficient knowledge in selection of sensors depending on usage and environment conditions. example:for sewage flow measurement, the usage of a UV sensor is neither economical nor necessary since a UV sensor provides a dynamic update of flow rate which is not necessary in case of sludge and obstructions in sewage may lead to illfunctioning. The participants need to jot down the available components given and compare it based on the conditions to arrive at a suitable device which remains unaffected due to environmental conditions of sludge,in this case a doppler flow meter if present in list would be more qualifying, since it operates on frequency of sound reflection which remains same for any obstruction.Moreover a doppler flow meter can be used to give a totalized flow which is very much needed for a sewage treatment. UV flowmeter can qualify for flow rate measurement of metro water used in apartments where dynamic update is required and people will invest more money.

3.More efficient design with components consuming very less power and more output. Example:in order to measure level in tank which requires totalized flow measurement , a simple float with a ON-OFF controller which does not consume any power is more than enough, instead of opting for a luxurious UV sensor.

The quiz format consists of two rounds: prelims and finals. The range of topics for the quiz isn't limited; it will be a mixture of science, technology, history, geography, entertainment, and much more. The team with the maximum points at the end of the quiz will be declared as the winners.

b. Number of questions will range between 25 and 30. There will be a certain number of starred questions which is used to settle a tied score.

c. This round is a written round, where the score is decided on the number of correct answers.

a. Eight teams are seated according to their prelims score.

b. The format is not final but will contain a number of themed rounds and a normal rounds.

c. Questions will be put up through the projector on the screen.

Quiz master's decision on the validity of an answer is final.

Round 1: It will be a pen and paper test consisting of basic C and algorithms based questions. The best 15 top scoring teams will be selected.

Round 2: In this round, you should write the code for given questions and execute your code on the computers provided . You can code in the programming language of your choice.

1. In Final Round, top 3 teams will be selected as winners based on their scores, efficiency and the optimization of the code cracked.

2. The decision of the organizers in declaring the results will be final. No queries in this regard will be entertained.

3. In case of any ties, more efficient solutions will be given preference.

4. Any participant found to be indulging in any form of malpractice will be immediately disqualified.

-> Each team can have maximum of two members. One person is also allowed.

-> Knowledge of C, C++ and Data Structure is required

-> DiscussIon of strategy Or giving suggestions or tips during the event will not be encouraged.

-> The timing must be strictly adhered to.

A1. No need of laptop. You will be provided with systems to work on.

Q2. What kind of questions will be asked in first round?

Q3. I don't have a partner, can I participate?

A3. Yes you can, a team can have a maximum of 2 persons and a minimum of 1 person.

1)It is an objective round. A paper and pen round. A team can have a maximum of two participants.

2)Questions will be based on basic electronics, instrumentation and circuit theory.

3)After evaluation top 10 teams will be moving on to the next round.

2) A story is given where every character in story are described with respect to electrical components characteristics.

3) And the participants need to identify the electrical components and connect them according to the particular sequence as mentioned, on the breadboard.

4) Correct output will not be obtained if the component is not interpreted exactly.

5) Correct output will not be obtained if the components are not connected in the sequence as mentioned in the story.

6) According to the time taken to obtain the output and other points mentioned below, winners will be declared.

Character A: Doesn't think of the past. He thinks only of the future.

Character B: Adopts and responds immediately to all situations.

Relate these clues to the elements' behavior and identify these characters. Then, connect these elements so that there is no current division between them on the given bread board. Now, identify across which element the LED will glow.

This example is for a basic idea.

2) No need to bring components. You will be provided with the components.

3) The decision of the judges is final. No further arguments are entertained.

1. Time taken to obtain the output.

2. The way team interprets the components from the story description given.

Algo Warriors is an event which will test the aptitude of the participant, participant's attention to details and their speed of coming up with efficient solutions using computer science algorithms.

1. All participating individuals will compete.

3. The decision of judges and event managers is final.

1. Finding How Much Efficient Given Modified Algorithm from Standard Algorithm

Given a sorted array arr[] of n elements, write a function to search a given element x in arr[]. A simple approach is to do Linear Search. The time complexity of above algorithm is O(n). Another approach to perform the same task is using Binary Search. Binary Search: Search a sorted array by repeatedly dividing the search interval in half. Begin with an interval covering the whole array. If the value of the search key is less than the item in the middle of the interval, narrow the interval to the lower half. Otherwise narrow it to the upper half. Repeatedly check until the value is found, or the interval is empty. The idea of binary search is to use the information that the array is sorted and reduce the time complexity to O (logn). The example given here is a very basic model. But the problem that will be given will be more complex than this.

You think it is as easy as it sounds? Think again. This is the grand prix of all Robot races. Make sure your bot has the same grit and brawn as you to handle the heat of our tracks here. Build a manually controlled robot which is capable of racing on a rough circuit along with its fellow bots. In the shortest period of time, it must be able to complete the track specified.

1.The game play consists of a single round.

2.The participating teams will drive their robot individually in the track.

4.Each time the bot touches either one of the boundary, there will be a penalty of +2 seconds.

5.The time taken to complete the circuit will be taken as your qualifying time.

6.The 3 teams that finish the race quickly will be declared as winners.

7.In case of any tie ,another race will be conducted and the winner will be declared.

1.Team can have a maximum number of 4 members.

2.No person shall be a member of 2 teams.

3.A team is allowed to play with only one robot.

4.In case the robot moves out off the arena, the robot will be placed at the previous checkpoint.

5.Touching the robot during the game will lead to negative points.

6.Unfair game may lead to disqualification of the team.

7.The robot should not damage the field. Damaging/harming the arena may lead to disqualification. Decision of the Event Organizers shall be treated as final.

2.The maximum potential difference between any two points should be 12 volts DC.

3.Robot must have power supply on board. There will be no provision of external power supply. The bot should be controlled by a joy stick.

4.It should be controlled by a single person at a time.

Judging is based on the time taken to complete the track.

AUTOMATION - IDEATE AND BUILD A PRODUCT THAT MAKES A DAILY TASK EASY.

Participants have to Present the abstract of their project(product based) based on the given Theme/Problem statement, and have to present it to the Judging panel on the day of the event.

-> Shortlisted participants are expected to work on their idea and execute it.

-> Submitting a working prototype is encouraged, but participants can also submit a design or simulation of the same.

-> Participant must be able to give a presentation if asked.

-> The decision of the judge is final.

-> Extent of development of the Idea.

-> The abstract must contain less than 250 words.

-> The abstract must briefly explain the different aspects mentioned above.

-> Any form of plagiarism is not encouraged and will lead to elimination.

-> If the technology is already present, give a description of the additional functionalities introduced along with the available technology.

-> All the entries must be submitted before the stipulated deadline

1. The competition consists of 3 categories


Photo which is most relevant to the theme

2. The participants are required to capture any of the day to day processes and provide a description for the captured image in terms of the technical phenomenon they are aware of.

3. The participants can use one or more photographs of the same subject shot in different angles to illustrate the phenomena better.

4. You are free to use any camera(Professional/mobile) to click pictures.

5. All the pictures must have accurate captions and technical description ,written in English only.

6. Using Photoshop or Lightroom to add any effects is allowed, As long as the original unedited photo is also sent to us.

7. A participant can submit up to 2 entries.

8. Entries should send the following info along with the picture:

-> Detailed description of the subject matter

9. The last date for submitting the entries is 1st October 2018

10. Submissions will not be accepted once the deadline lapses.

Submit your entries to: sensors.ice2019@gmail.com

-> Originality of the photo

Storm your brains to help, ideate and develop the core infrastructure and the applications of smart solutions for smart cities.
Read more 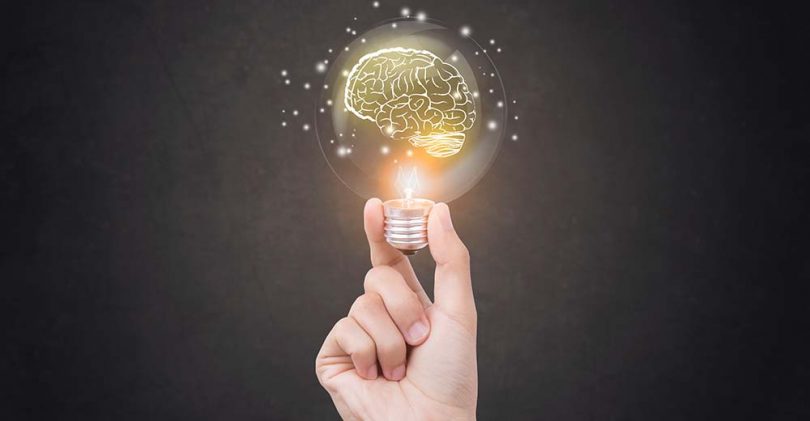 A quiz that tests your knowledge on the sensors around your world.
Read more

Bring out the coder inside you. A competition to test your knowledge in coding and put them to work on our coding obstacle course. 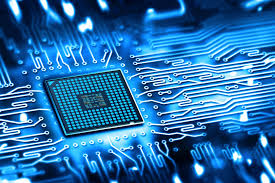 Put your knowledge of electronics to the test. Finish the challenges allocated to you in record time to be crowned the king of electronics.
Read more
Algo Warriors is an event which will test the aptitude of the participant, participant's attention to details and their speed of coming up with efficient solutions using algorithms.
Read more

Your robo on our track. This is the grand prix of all Robot races. Build a manually controlled robot which is capable of racing on a rough circuit along with its fellow bots.
Read more

Think. Build. Win An event that will test the engineer inside you. Solve a common problem through an innovative way and present it. show them how your idea could make the world a better place.
Read more

Capture the Tech around you. An online event which is based on photography. Theme will be released before 2 weeks of the Day 0.
Read more